Are you afraid? Are you not letting go of fear? Yeah, be honest.  I get it.  I was for weeks after COVID hit. This is unprecedented in many of our lifetimes. But why be afraid?  Last week I started by ten things list that small business owners need to do to stay open with this one. Why?  Because if you don’t the other ten do not matter.

Fear and uncertainty on 9-11

The morning of 9-11 I was in Boston at the airport Hilton.  As you will remember the two planes that hit the north and south tower of the World Trade Center left Logan.  I was running an industry conference and many people in the audience were from the NY metro area. I had just had a great morning workout in the hotel gym, and showered and was at the back of the meeting room when the meeting planner told me that a plane had hit the world trade center and that people were getting phone calls in the meeting from loved ones.  My mood went from post-workout bliss to fear instantly.  Unlike President Bush, who asked how anyone could have predicted a plane used as a weapon, I had read Tom Clancy and in my gut knew that this was bad, very bad.

I went up to my room and called my wife who was in New Jersey and told her to get to a TV.  We were both watching the United Jet that looked like at least a 737 fly into the north tower live on television. Clearly this was not an accident.  I spent a few minutes in meditation – to relax and settle and let go of the rapid buildup of cortisol in my body.  While we were in danger as a society – I was not in any personal danger.

Acting and not reacting

Calm, I went back downstairs and canceled the session and had the hotel pipe in CNN to the conference rooms after I announced what had happened.  By the time the TV was on an NTSB official and a Mass ‘Statie” Police Captain were in the lobby asking to speak to me.  They need one of our conference rooms for the families of the people on the American jet that hit the first tower.   I, of course, complied and asked if they needed rooms as well for sleeping – which at the time they did not.

A very strange calm overtook me and I was open to possibilities.  I am not sure why I shifted from fear to openness, but I will never forget that. When a few minutes later the Mass Tropper came back to me and said he needed rooms. I said that if I could get a bus, I could get 70 to 100 people back to New York and New Jersey. He said I can get you a bus, the airport is on lockdown, and flights are grounded, but we will provide you escort out of the area and we will get the bus into the area. So less than three hours after I first learned of the attack we had a buss and over 70 people were on their way home to the New York to Princeton corridor

The Law of Attraction

I learned years later that this is an example of the law of attraction.  the energy that we send out is returned to us.  If we send out fear and uncertainly – we get back more fear and uncertainty.  In Trump’s America, this is rampant.  It has been quite frankly since 9-11. I sent out calmness on 9-11 and the Mass trooper responded in a cooperative way, skirting procedure and allowing many people to leave on my word that they all belonged to the group.  Ever since that day, I have had an unshakable belief in the law of attraction.  At least until COVID.  The diagram below describes the Law of attraction. 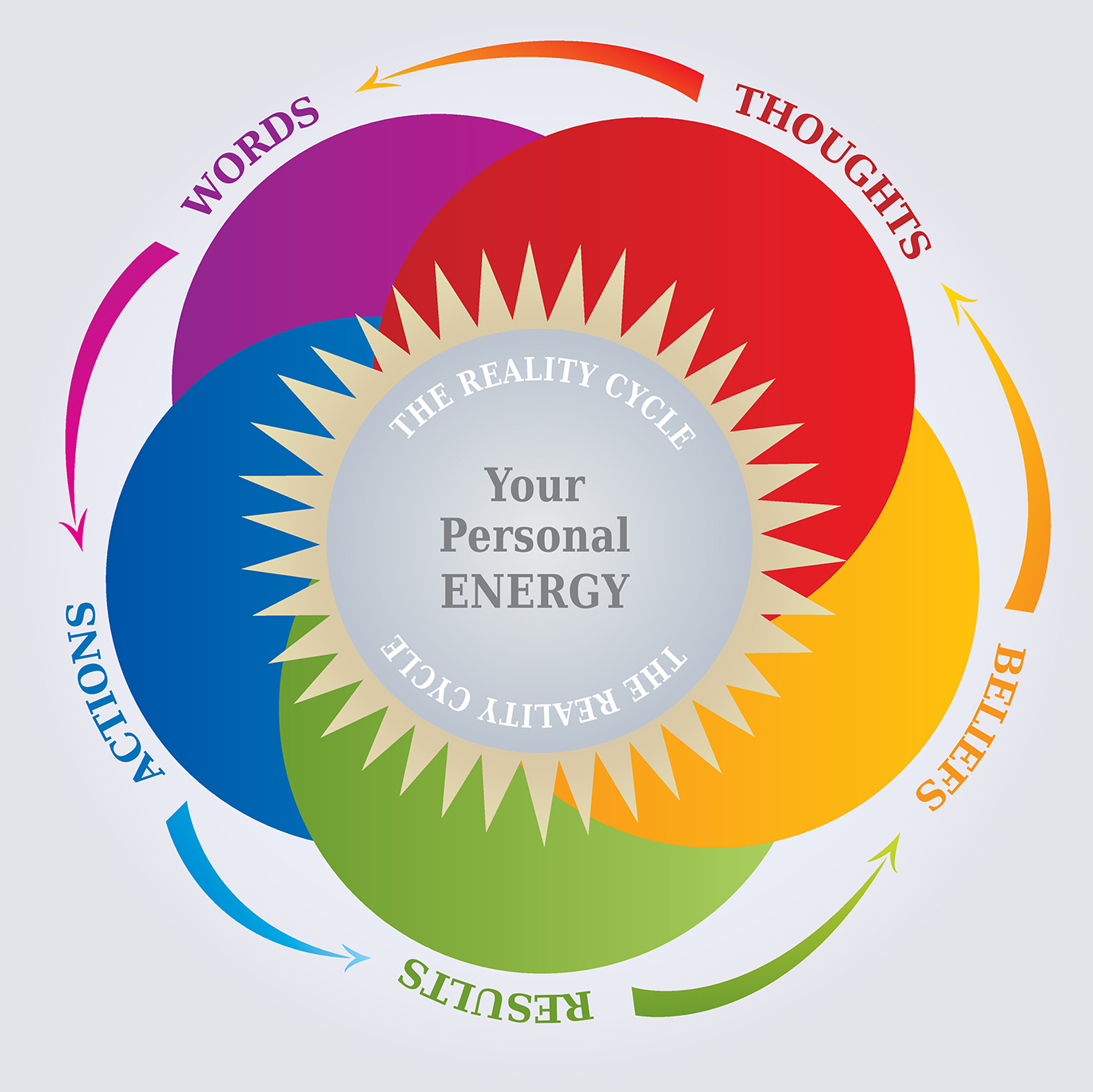 Back on 9-11 my thoughts were that I was going to get home.  That affected the words that I used and the actions I took.  I was looking for a way to get home and I got it – the result was that many people slept in their own beds on one of the worst days in American History. This was all impacted by my belief that I could be successful.

With COVID I found I gave into the fear of the unknown and did not trust that I could be successful if exposed to it. So my beliefs were shaken and my thought was we are all going to die, the economy will crash, and life as we know it is over. I had to change my belief.  I now believe that if we take reasonable precautions, eat well, and keep our immune systems supported with supplements and rest, we can thrive. Armed with this belief, all I need to do is change my thinking to look at the potentials in front of our eyes.

Getting back in business – Post-COVID

Staying in the present and letting go of fear

Letting go of fear requires staying in the present.  That means paying attention to what is going on around us. When we hold on to past failures or worry about an uncertain future we are not living ‘in the moment’. But it is by living in the moment when serendipity occurs. It is the chance encounters that we have that lead to new business.  As things are opening again there are a few things we can do to increase the chance encounters in both the real world and the virtual world. If we are open we are creative.  I was asked how did you get a bus. I asked for it. the idea was simple. Rental cars were being sold out, flights were grounded. why not a bus?

As you encounter potential customers, be present to them, and ask them what is going on in their lives or their business right now. Chances are if you listen to them and not looking at your ‘smartphone’, you will hear something you can help with. Look also at serendipitous emails that show up.  I got one today speaking to two free webinars next week that are both potential opportunities for my business

Letting go of fear is essential to getting starting in taking control of your business use these five techniques to get back on track.

Want some insight into how you react to fearful situations?

We all are different people and we all react differently to different situations.  We use an assessment that gives you insight into how you deal with life and are wired to act.  Check out this free assessment and get insight into your human operating system.

View all posts by Frederick Geiger →

This website uses cookies to improve your experience while you navigate through the website. Out of these, the cookies that are categorized as necessary are stored on your browser as they are essential for the working of basic functionalities of the website. We also use third-party cookies that help us analyze and understand how you use this website. These cookies will be stored in your browser only with your consent. You also have the option to opt-out of these cookies. But opting out of some of these cookies may affect your browsing experience.
Necessary Always Enabled
Necessary cookies are absolutely essential for the website to function properly. This category only includes cookies that ensures basic functionalities and security features of the website. These cookies do not store any personal information.
Non-necessary
Any cookies that may not be particularly necessary for the website to function and is used specifically to collect user personal data via analytics, ads, other embedded contents are termed as non-necessary cookies. It is mandatory to procure user consent prior to running these cookies on your website.
SAVE & ACCEPT